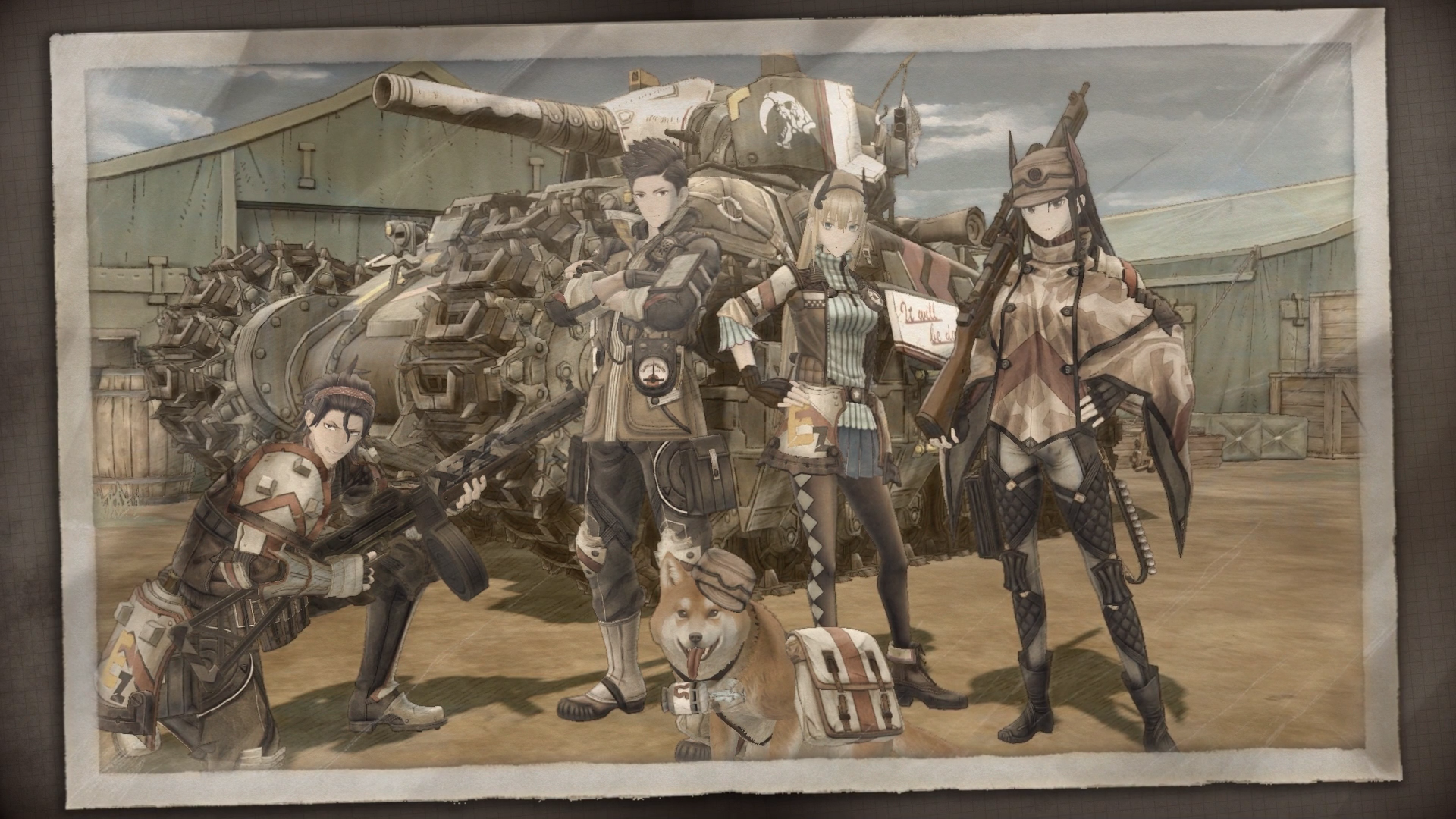 Valkyria Chronicles started out on the PS3.
The setting of the game is a fictional version of Europe called Europa, which are entrenched in WWI or II. They call this the Europan Conflict or EC for short. In short, you have a tyrannical Empire invading allied democratic or neutral country for resources called ragnite ore. That’s the basis for the series.

The story is set in the same time line as VC 1. Difference is, we get a whole new cast. With VC4, we follow Claude Wallace (scout & tank), the commander of squad E. The unit comprises of: Riley (grenadier), Raz (shock trooper) Kai -Leena- (sniper). Each of the cast are childhood friends. With Claude, Raz and Kai being from a neutral state called Gallia – which is a reference to the first game.

Valkyria Chronicles 4 is a turn based, tactical role playing game, with elements of strategy and third person shooter. The classes available to you are: scout, shock trooper, lancer, sniper, medic and for this game grenadier. Each class have their own strengths and weakness. Most of the classes are pretty self-explanatory, the lancer is a mobile anti-tank unit. Besides the stated classes, valkyria games also have tanks. From the start you control Claude and the tank Haufen.

Since it is a turn based, tactical game, you can place your units next -in close proximity- to each other, however picking the character you want, can be somewhat bothersome as you’ll be hovering over classes that you don’t want. You are also limited from the start as to how many units you can pick, 10 being the max – I think. However what you’re not limited to, is what classes you can pick from the start, choose what you think will be best for the mission in hand. I always go for a more balanced squad. That being 3 scouts, 3-4 shocks, 1 medic (a must) and a sniper if the need arises. I have taken a shining to Kai, so I add her to the team. Which has a benefit.

Each class use up something called CP (command points). You start with 4, however if you have important units (like adding Raz and Kai who have that gold star next to their name), they add extra CPs, meaning I have more of them, giving me an advantage from the start. If you move a unit, it will take up one cp. If you select them again or another, it takes another, thus depleting your cp. If you pass on a turn, your cp from the previous gets rolled over, so you get more cps to use. For the missions there are specifics, however general rule is that if you use up 20 turns, you’ve failed the mission. Be mindful that the enemies can also have cps rolling over for their next turn. What I’m saying is, try not to be wasteful with your cps. I certainly do at times XDD. 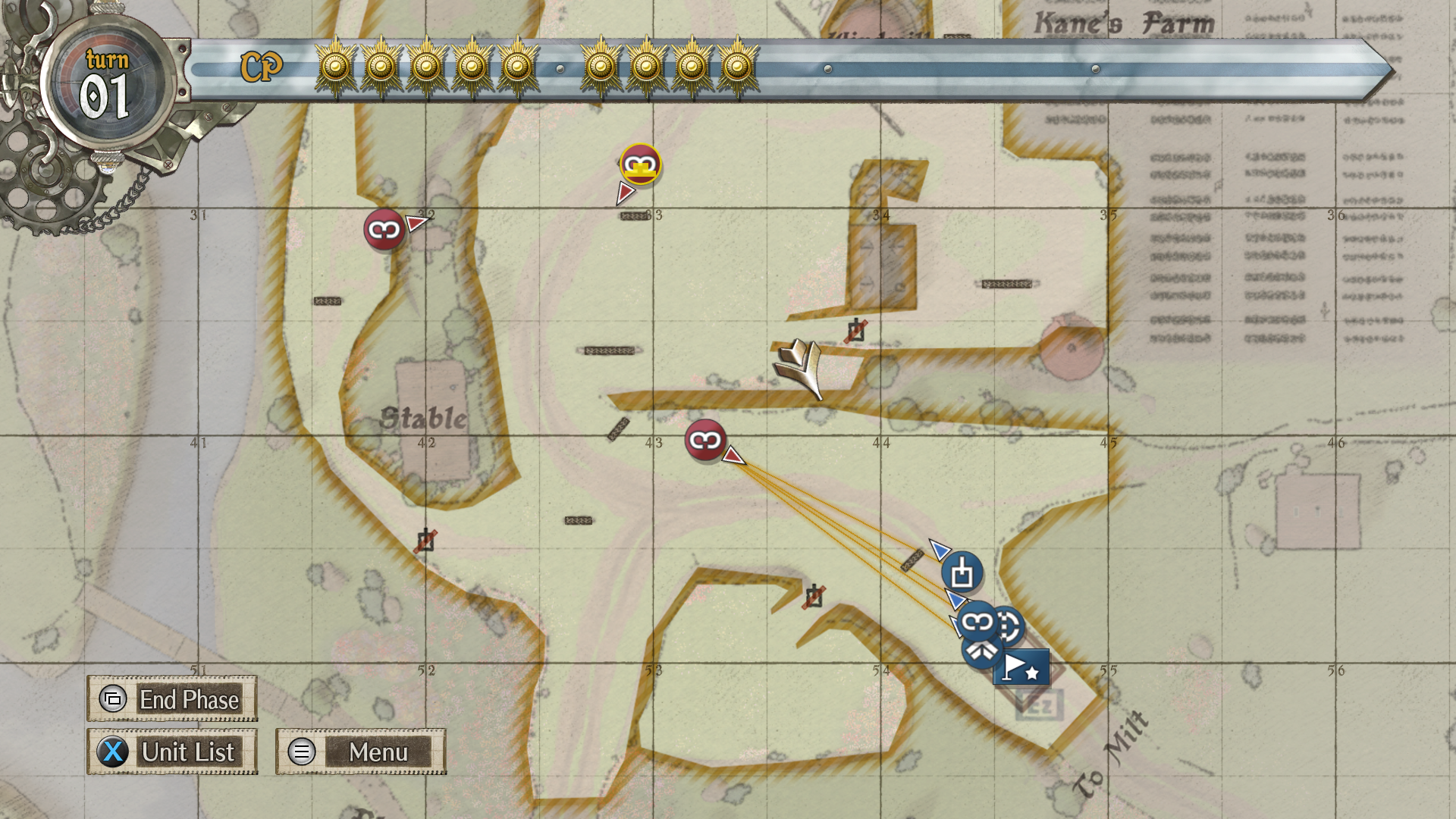 As I’ve stated above, there are strengths and weakness to each class. First off being; the movement. Each class has a bar called Action Point. Scouts have the longest APs, meaning they have the best mobility, covering more ground. Depending on how much cps you have, you can select the same character more than once. If you do, however you’ll notice that their AP had reduced from when you’ve first selected them. In short, the lower their AP is, you won’t be able to move them far. Shock troopers, lancers have a smaller AP bar, you can only move them so far. Medics have moderate AP, larger than lancer and shocks. The smallest has to be the snipers, I think. They really can’t move far. The only way to move them around effectively is by having them retreat from your base camp, capture an enemy base camps. And then select reinforcements (took me ages to actually use this method effectively). Reinforcements roll over till your next turn, AP bar resets as well.

All your units can only attack once. If you want to attack again then, you need to either roll over for your next turn or have a medic come to you. Naturally shock troopers will have a considerable damage output over the other units. That’s not the case, I do find sniper having the highest damage, the only downside is their mobility. The quickest way to kill an enemy is head shots. Other wise you’re wasting cps trying to take out an enemy that can withstand several shots. When you do attack, you go in third person mode. The cool thing about VC games, is even when you’re firing, enemies can fire back as a counter attack.

To put it simply, place your units strategically to get the best score, exp and duct in fewer turns. There are tutorials explaining the basic mechanics, so you won’t get lost.

Really important note: This post is copied from my other blog, inthecubbyhole. This is NOT stealing content, since it’s my own content I’m reposting else where.

I’ve decided to affiliate this blog with amazon, however all affiliated links will be unobtrusive. To help support this blog, you can check out the recommended link: Valkyria Chronicles 4