With Yuu still undecided as to whether or not if she wants to join the student council, her friends pretty much give away the biggest foreshadowing.
Not that surprising really, as there were hints as to Yuu joining the council. So I felt it was kind of pointless to drag it out as to whether or not she will join. Anyway, the two girls discuss as to whether it will be Yuu’s worth to join the council. We then have the first indirect kiss and the awkwardness of their relationship in the open. By this, I mean Touko passed a bottle she sipped and gave it to Yuu to drink from. Clearly, the girls aren’t quite comfortable yet but feel like they need to know more about each other. 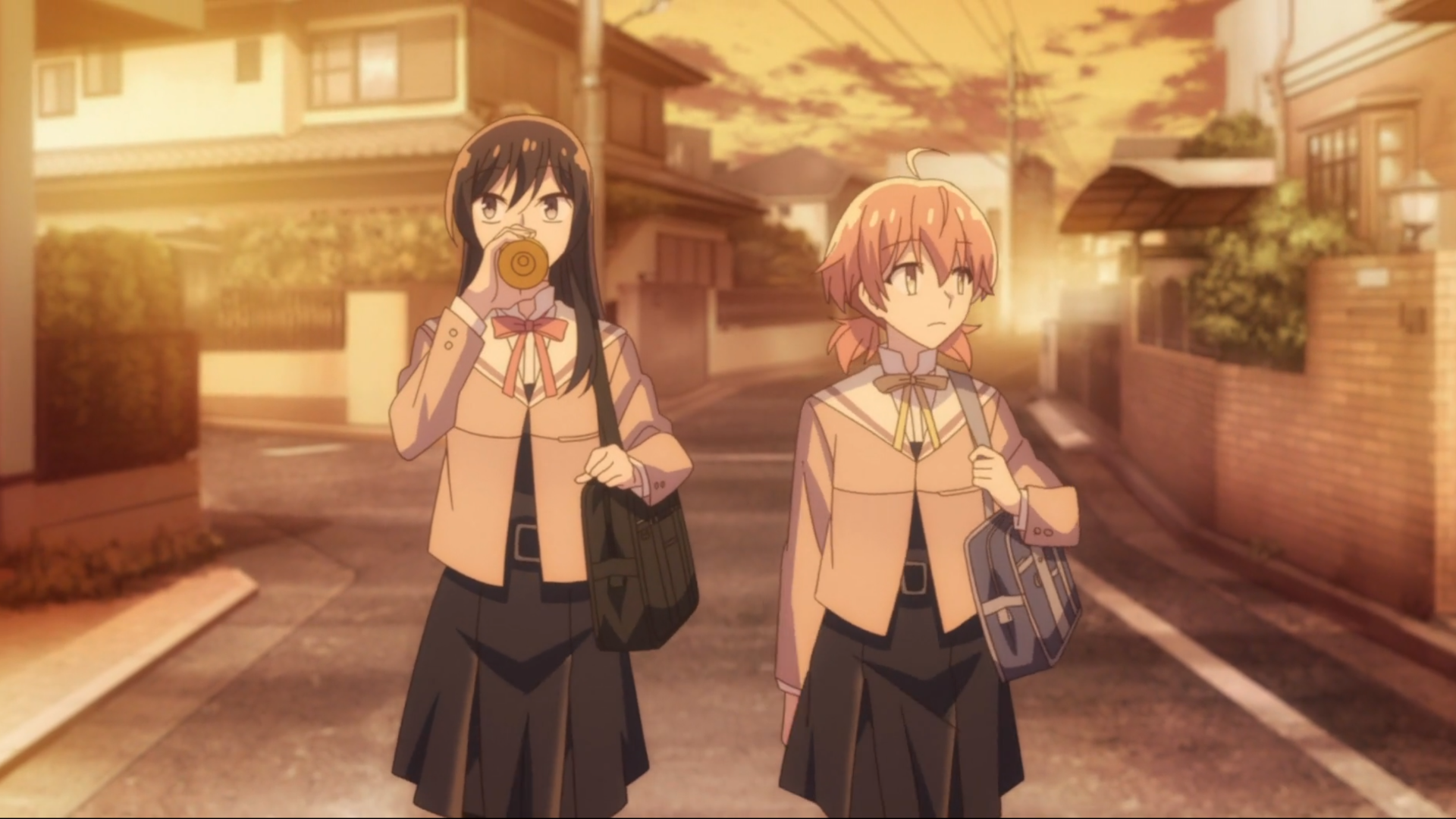 So Touko asks Yuu about her family. It is here we get to know more about Yuu. Yuu comes from a sizable family?, I guess. She has an older sister, mum and dad and a grandmother, a family of 5. Touko is an only child. And she loves reading, very predictable. It turns out that Touko likes going to a bookshop not too far from the school. Coincidently, it turns out that the bookshop is owned or ran by Yuu’s family. Rei, Yuu’s sister jokingly or predicts that Touko is Yuu’s girlfriend. Which is very accurate, even though she says it in an off-hand way, whilst Yuu just brushes it off. Yuu’s dad response is quite interesting it seems that he isn’t too fond of having his daughter seeing another girl. Compounding the awkwardness of Yuu’s and Touko’s relationship being accepted. We then get to see more of Yuu’s friends and one of her friend’s relationship issues. 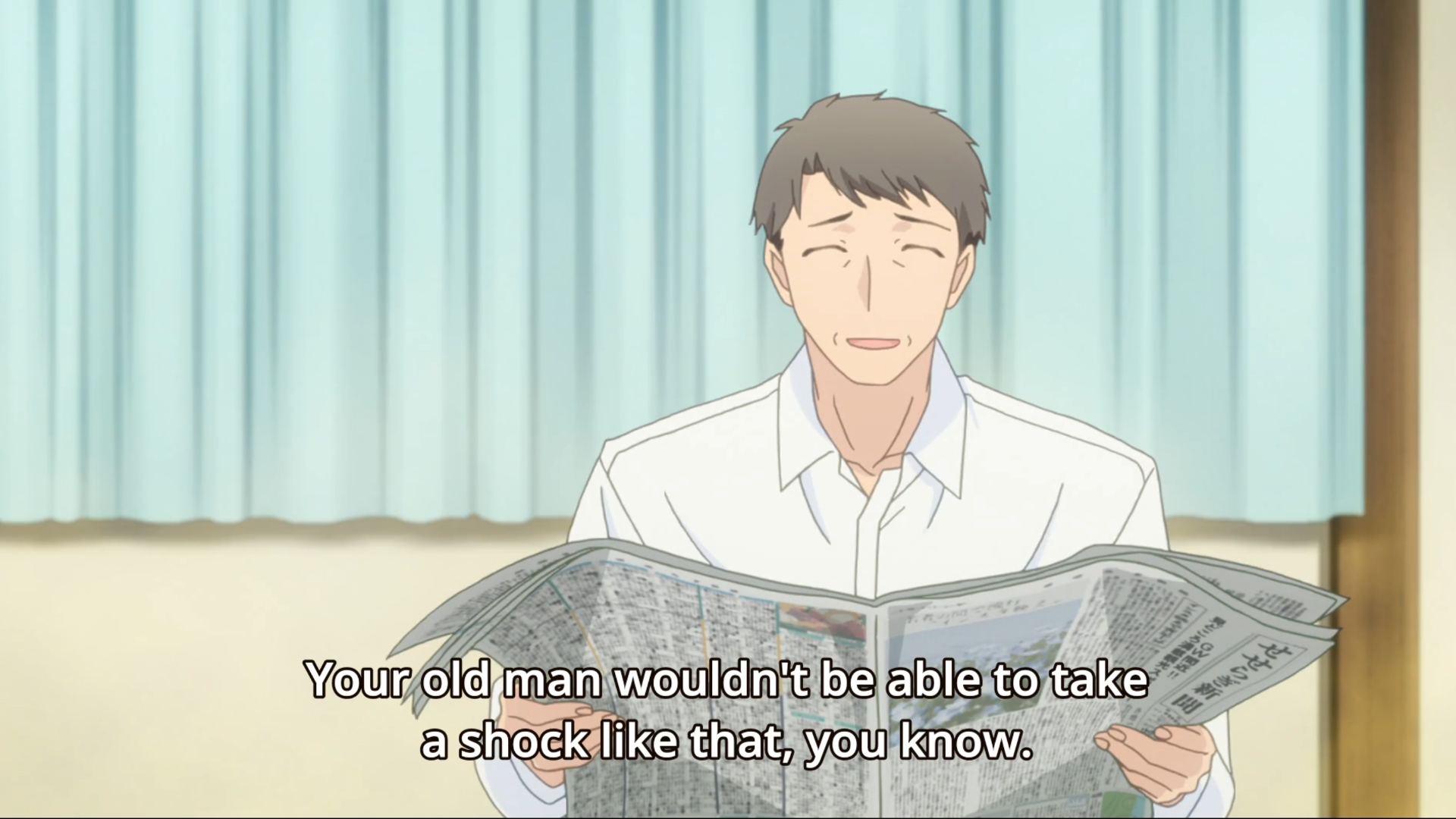 Akari, had fallen for a basketball player, was turned down by him. This, in turn, caused a slight awkwardness (something that seems to be repeating) in the circle, since they went to see a romance movie. Yuu noticed that even though Akari has accepted the rejection, it still stung. And that when she had to tell her friends, it sounded like she practised this over and over again, indirectly implying that she broke down so often when she brought it up. What is interesting is that Akari and her friends accepted that it might not have been the right time and for Akari to keep trying. Touko has returned from her trip, however, she is hesitant to enter Yuu’s store – causing a small level of awkwardness between the two. She gives Yuu her present, a small night light star ceiling projector. 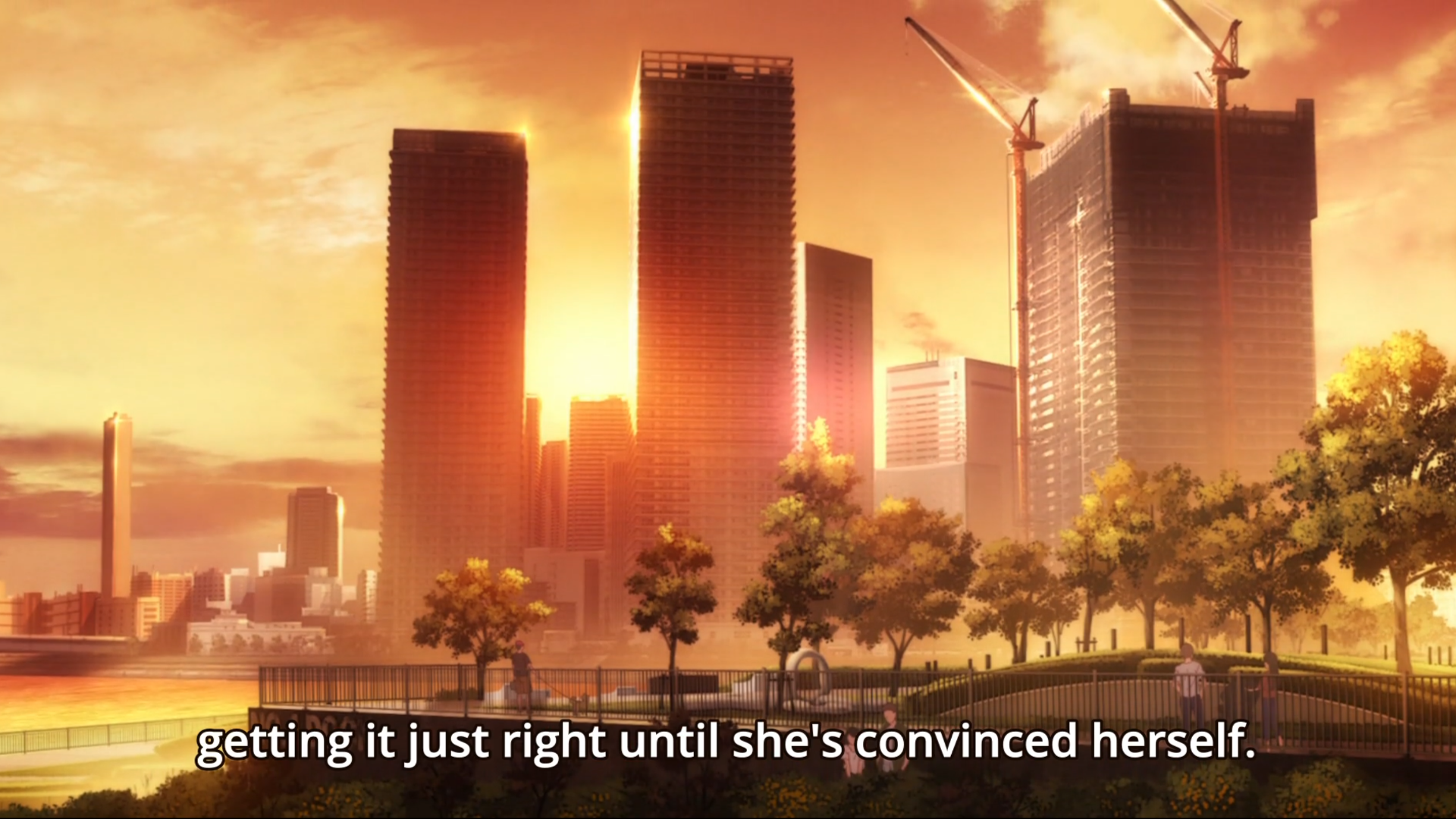 Which Yuu likes. She questions herself as to why Touko thinks she is special. This next part of Yagate pretty much gives quite a lot of info about Touko. In the assembly where Yuu has to give her speech. She notices that Touko is actually very nervous or insecure, and she hides this. It seems that she does this so often and no one notices. I do feel like this is a pivotal scene for Touko – she opens up. She admits that when she was younger, she was shy, made little to no friends and had average grades. And there was someone else in her life that she hid behind or was in their shadow. And that one day she had to be like that person, she had to get rid or hide her true self from that point. Yuu not once judged her for it. In fact, she accepted Touko as she is. Which Touko is ever so grateful for. 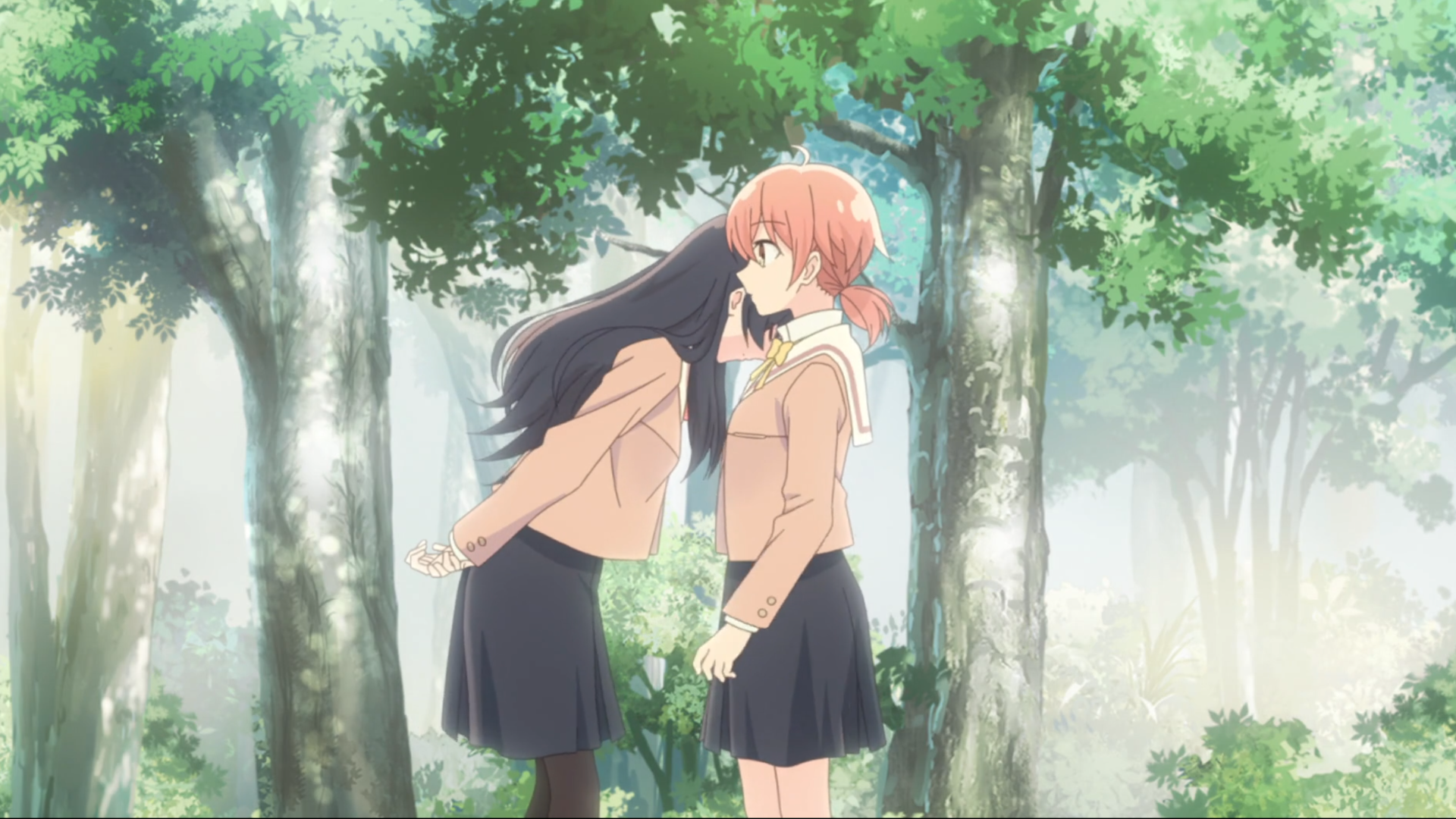 In conclusion, Yagate did a really good job of showing awkwardness and acceptance of the girls mentioned. Especially Touko, who you’d think never suffered from this, due to the way she is. It pretty much explains as to why she is drawn and attracted to Yuu. Yuu faces her own insecurities head on.

I’ve decided to affiliate this blog with amazon, however all affiliated links will be unobtrusive. To help support this blog, you can check out the link: Strawberry Panic